Protein – Be sure to include Soy, Tofu, Soymilk & other soy-based products in your diet to get your fill of protein. Omega 3 Fatty Acids – Vegans should include healthy vegan snacks such as walnuts, flax seeds, chia seeds, etc. in their diet. In addition to this, a supplement for Omega 3 Fats is also a good idea. Zinc – Vegans should include Zinc-fortified cereals, soybeans, black-eyed peas, mushrooms, nuts, and seeds in their diet. Calcium – Fortified non-dairy milks such as almond, soy, lactose free are a great alternative to animal milk with similar calcium in them. Vitamin B 12 and Vitamin D – Use dietary supplements to fill these specific nutrition gaps. 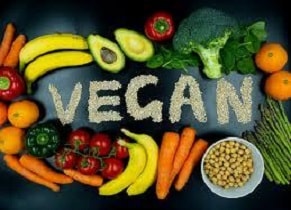 The Vegan Diet has become increasingly popular over the past few years. What is Veganism? It is defined as a way of living that believes in eliminating animal cruelty, whether for food, clothing or any other purpose.

Thus, this diet is devoid of all animal products, including meat, eggs, and dairy.

A Vegan diet can have many health benefits, including decreased blood pressure & cholesterol, lower risk of cancer & diabetes and a lower risk of heart disease. Not to mention the significant benefits it has for the environment and the planet.

Having said that, leading nutritionists have been concerned with a vegan diet not meeting our daily nutrition requirements because of eliminating certain food groups. But fret not, if you’re considering going vegan, ensure that you’re having a wholesome diet and don’t miss out on these key nutrients, and you’ll be sorted.

While both plants & animals provide protein, animal protein is considered to be superior since it’s a complete protein, full of all the required amino acids. But there is one plant-based protein that can compete with most meats, and that is Soy. Be sure to include Soy, Tofu, Soymilk & other soy-based products in your diet to get your fill of protein. You can and should supplement it with Chickpeas, Quinoa, Kidney Beans, Lentils, Nuts, and vegetables like asparagus, broccoli, and cauliflower.

Omega 3 Fats are essential for the long term health of your brain & heart and are found primarily in fish. Vegans are found to have lower levels of these in their blood in general. Vegans should include healthy vegan snacks such as walnuts, flax seeds, chia seeds, etc. in their diet. Shifting to canola, avocado, and nut oils will also help. In addition to this, a supplement for Omega 3 Fats is also a good idea.

Again, animal protein is one of the primary sources of zinc in our bodies. Symptoms of zinc deficiency include catching frequent colds or developing cracks at the corners of your mouth. Vegans should include Zinc-fortified cereals, soybeans, black-eyed peas, mushrooms, nuts, and seeds in their diet.

Since dairy is no longer a part of a vegan’s diet, our primary source of calcium goes away. But this is one of the easiest nutrients to fill up on as well. Fortified non-dairy milks such as almond, soy, lactose free are a great alternative to animal milk with similar calcium in them. Vegans should also include dark leafy green vegetables, tofu, and sesame in their diets.

This is one vitamin which is found only in animals. So, vegans should include B12 supplements, or B12 fortified cereals and other foodstuffs in their diet, in addition to getting periodically tested to ensure they are maintaining optimal levels of B12 and iron. A lack of B12 can lead to anemia, blindness, muscle weakness, tingling, and numbness.

This vitamin is tricky to get if you’re a vegan since it is found primarily in fish & cow milk. Fortified cereals, non-dairy milks and orange juice can supply some Vitamin D but getting your daily dose of 600IUs is difficult. Which is why most nutritionists recommend either spending at least 30 minutes in the sunlight each day or taking Vitamin D supplements.

Other things that vegans should try: